This guy!! He has the most amazing big brain, but an even bigger heart! Jake is a mama’s boy that dotes on his sister and wants to be just like his Daddy. He tags along to all kinds of therapies and doctors visits without a single complaint and selflessly cares for others all the time. So by golly, it’s time for something special just for Jake! Our boy loves to travel more than any kid I know, so what better birthday fun than a trip? He’s spent months guessing cities all over the map and we’ve spent months teasing him that he was going to get an epic birthday trip to Decatur, or maybe Cullman.

But the day arrived!! Since Jake is currently obsessed with American history and plans to be a future President, there only seemed to be one perfect place to take him this year. And while he would have been happy going to any new city, he’s been praying this week that we had picked his #1 choice!
Pack your bags, Jake Wilder! It’s birthday week! And YES, we’re going to D.C.!!
For the super fun reveal video, look back over my Instagram! (@sarahwilder1)

D.C. also seemed like a great option for Eliza. The city is said to be super accessible, and while navigating a big metro area with a wheelie kiddo would be a new challenge for us, we wanted to give it a go!

Our trip was full of the biggest D.C. highlights, so Jake could nerd out to the best of his abilities.

The day we arrived in D.C., we decided to go out on foot and explore the area around our hotel. Fortunately that area included one of the biggies - the White House! 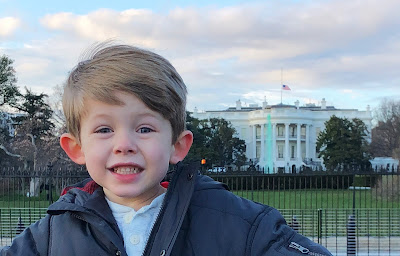 Afterwords we grab dinner at a local place old Ebbitt Grill. My sister-in-law who wants was on staff in the White House sent us this recommendation. It’s been across the street for years and is a hot spot for a lot of local politicians. The added twist? It was also St. Patrick’s Day! The restaurant was decked out to celebrate for Ireland and even had a touring bag pipe section playing every 10 minutes throughout the restaurant. The kids went crazy for it!

Our first full day in DC we were ready to maximize our time and see as many of the sites as we could. Because both parking and traffic in DC is so difficult, you can’t really expect to zip from one thing to another without spending boatloads of money and/or time on travel. We decided to skip all of that and booked tickets with the Old Town Trolley tours. The trolleys stop at 25 awesome sites around the city and run every 30 minutes so you can hop on and hop off at any of the sites you’d like to visit. Since almost every place you want to see in DC is free, the cost of the tickets wasn’t that big of a deal for a full day of sight seeing.

The trolley tour would also pick us up from our hotel and bring us to their first stop, so we could jump on the tour. Win!

The tour actually begins right across the street from Ford’s Theater, where President Lincoln was shot during a show. Tours of Ford’s Theater are free but you have to snag a ticket in advance to get it. Thankfully I figured this out 48 hours ahead of time and was able to grab those!

The tour was great! People were lined up outside the theater for their time slots, and when the staff saw us in like with E’s wheels, they pulled us out of line ahead of time to come inside and use the elevator to get to each of the tour floors of the theater.
We got to sit in the audience and hear a Ranger give the account of what led up the night. Super cool! 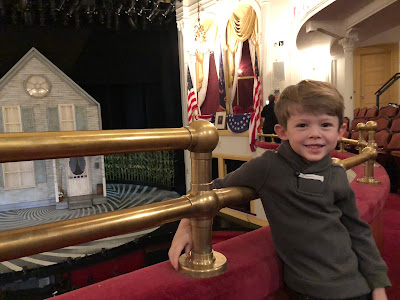 From there we jumped on the first trolley! Most of the trolleys are accessible with chair lifts, but not all. They gave us a phone number to call and said anytime we needed an accessible trolley, we could call and they went send one straight out to us! Wow!!
But as it turned out, Eliza’s chair is tiny enough to fit on any trolley! So no need for any special set up!

We spent the day traveling all over D.C.! Stops like the Washington Monument, the National Mall, the Jefferson Memorial, the FDR Memorial, Union Station, Arlington Cemetery, the Lincoln Memorial and more! What we didn’t stop at, we could see from the open air trolley so the views were awesome! Jake went crazy and each and every stop. I teared up, reading to him the words from the Declaration of Independence inscribed on the walls of the Jefferson Memorial. So proud to have a family that represents differences, a country that acknowledges that as a positive thing, and little boy who loves all people with all his heart! 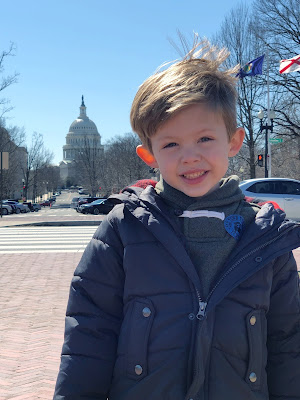 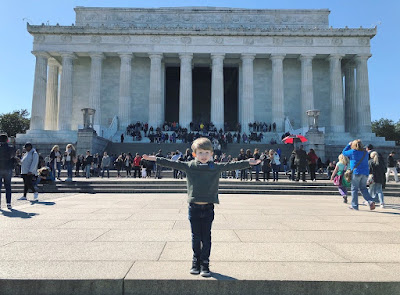 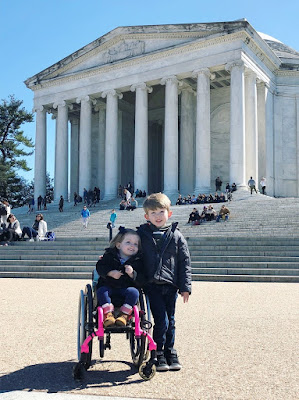 One of our most special moments happened at the FDR Memorial when our gal found a statue of the former President that absolutely lit up her day! She went flying up to FDR in his wheelchair and said “I can be just like him!!!” It was amazing, y’all! Yes, baby girl, you absolutely can!
Behind the statue there is a beautiful quote from his wife Eleanor that says, “Franklin’s illness gave him strength and courage that he had not had before. He has to think out the fundamentals of living and learning the greatest of all life lessons - infinite patience and never ending persistence.” 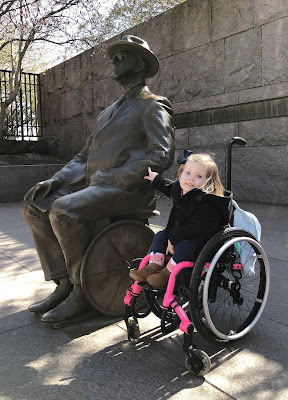 Whew. So much for my mama heart.

We finished out the day by walking back to our hotel and happened to stop by the Smithsonian Museum of Art. We didn’t plan to do museums that that, and honestly the Art Museum wasn’t on the short list, but Jake informed us that he HAD TO see the Hall of Presidents with all of the presidential portraits. Definitely a fun stop! He loved the JFK and Obama portraits because they both had a lot of turquoise. Ha! His favorite color! Just like a kiddo!


We started the morning by trying something we were terrified of - The Metro! Just like the Subway in NYC, it’s an underground system that runs through the city. We didn’t know what we were doing to begin with, but how tricky would it be with Eliza? Would it be accessible?? 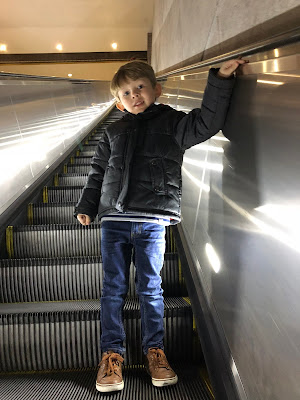 We did it!! Finding elevators down to the Metro was definitely the trickiest thing since there weren’t all located in obvious places near the stop - sometimes as much as a block away! Once we learned how to look and what we were looking for, we felt less idiotic. 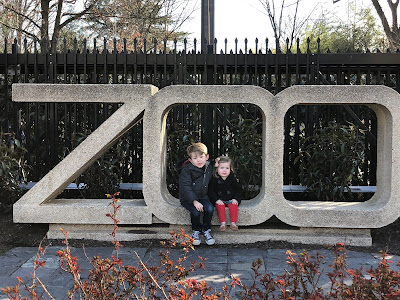 And where were going? The National Zoo!
We spent the morning checking out animals, especially the sweet pandas! 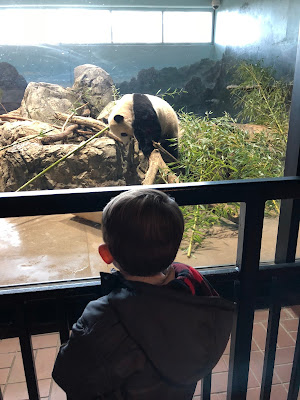 Afterwards we headed back downtown. Eliza took and nap and Jake and I explored the Smithsonian Air and Space Museum. 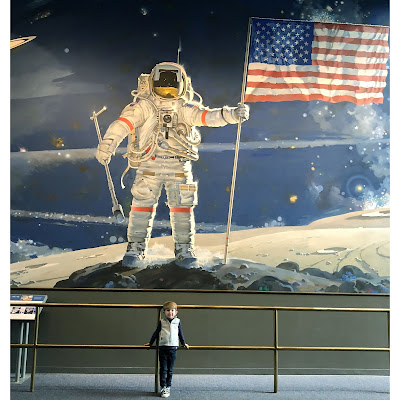 Around 4pm, we got to surprise Jake with the best moment of the trip - a private tour of the Capitol!! 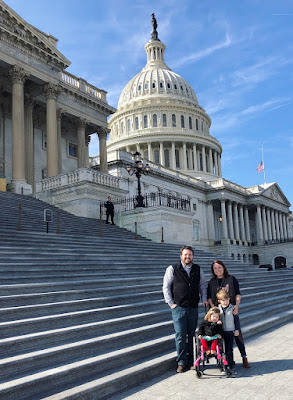 One of my awesome mom friends lives locally and reminded me that her hubby was on staff there. He called and volunteered to walk us around the Capitol building!!! How fun!! We got to see all the cool spots in the Capitol, and even sit in the galleries of BOTH the House or Representatives and the Senate! While they were in session!
Best yet?? The House was have a special vote that night on two bills! We got to sit in the gallery and watch the first one. Then for the second one, our friend Danny took Jake down to the House floor. Jake got to meet Mo Brooks, our representative in north Alabama. And Congressman Brooks took Jake onto the floor!! JB and I watch from the gallery as Jake got vote on behalf of Congressman Brooks! So so so cool! No one is allowed on the House floor aside from Congress, staff or children under 12 that are escorted by Congress! 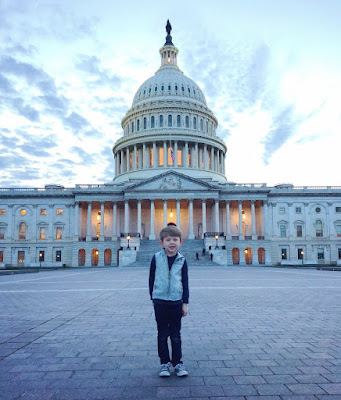 Jake’s birthday!!! We started with presents in bed, of course!! And spent the day doing everything Jake loves! Museums and local pizza!

We took the metro everywhere because the kids were obsessed! And we spent the morning at the new Museum of the Bible, which was amazing! We ate lunch in their cafe, which all more authentic food to how things were in the Bible. Jake LOVED tasting new things! 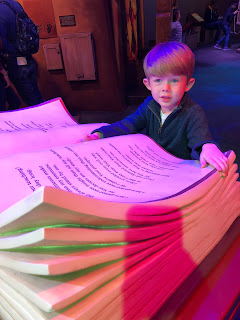 Then we spent the afternoon on the Mall going to the American History Museum and the Museum of Natural History. 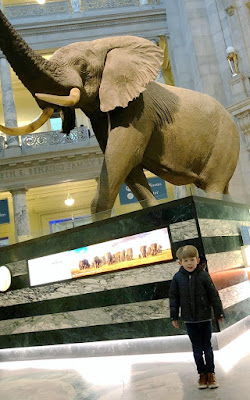 Then we went out for pizza!
They surprised Jake with a brownie cake at even scrounged up some candles the restaurant! This mama was so thankful because I totally for that! 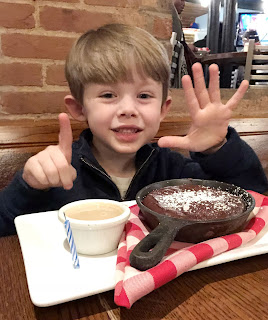 The next day, we left Washington DC in six inches of snow! Just a super fun little way to say goodbye!!

What a great trip for our whole family! We had the BEST time!! Happy Birthday Jake!! 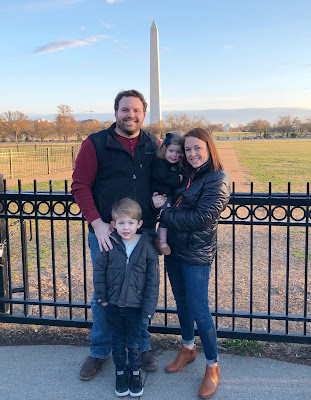