For the past two weeks, we’ve done what we do best and have trekked our way back and forth on I65 to Nashville. Eliza had a day of testing and sedations, a day of SB clinic, and a day of neurosurgery appointments.

Ultimately, teams like orthopedic surgery, urology, nephrology, and physical therapy all signed off on her pain symptoms. “It’s not us”, they said. Which was necessary, but expected. That leaves us back to the basics with neurosurgery.

So here’s the catch in all this craziness... Eliza has been in serious pain now for three months. We’ve been tracking her symptoms and complaints since December. She’s slowed down to almost a stop, is struggling with her vision, has lost movement in one leg, and has constant pain in her back and neck. At times she gets headaches she just screams through until they pass. But...her scans are flawless. They are perfect! Vanderbilt has tackled multiple fast sequence MRIs, sedated scans, and X-rays searching for the source of this business, but everything looks just right.

This week we met with our team and I basically told them under no uncertain terms that they absolutely would come up with a plan because Eliza isn’t continuing on indefinitely. We needed something . A course of treatment. Anything other than just watching her decline.

Thankfully, they wholeheartedly agreed. They’ve spent a lot of this time alongside us, watching her fall apart. They knew her normal and they knew this mama doesn’t play.

So there’s a plan! Her neurosurgeon feels pretty confident that Eliza has an intermittent malfunction in her shunt. Basically it works, then it slows to a clog, then it doesn’t work, then the built up pressure of the clog clears everything thru and it starts all over again. It would explain why she doesn’t feel well most of the time, but also why her acute shunt failure symptoms are still resolving themselves. They’ve asked to do an exploratory surgery on her brain to try to locate the problem. Ultimately, they’ll also be replacing her shunt while they’re in there.

This is all a bit nerve wracking because the surgery is basically based on a hunch. Both mine and theirs. And it can’t go without saying that it’s possible that they could poke around in her brain and come up with nothing...

But it’s the best option we have. It’s where we have to start.

They do not consider Eliza’s case to be emergent yet. We also have a vacation planned for next week (yay for the ever awkward Wilder timing, ha!) so they’ve asked that we observe for two more weeks and then meet up in the OR. 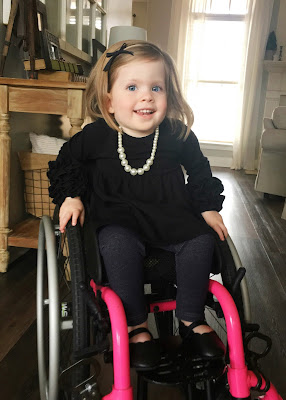 Guys, just having a plan feels so good. It’s weird to say that. Who’s excited about their kid having brain surgery?? But SOME action is needed. Eliza’s quality of life is the pits and that’s no longer acceptable. I’m so grateful that we have a team that leans in to listen and trust mom and dad. And that knows our kiddo well enough themselves to have their own gut feelings.

So surgery in two weeks.

And since you’ve hung in there through my pitfalls and whining the last few months, I can absolutely promise that the next update here will be a fun one. We have quite an adventure planned for our oldest, Jake! Stay tuned to travel along!