I do realize that I'm about two weeks late on this post.
I blame it on the birthday crafting y'all! 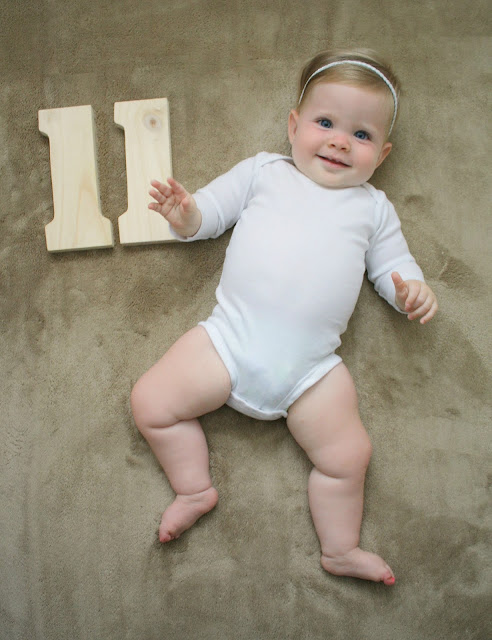 This summer has basically been nothing but her skyrocketing in terms of mobility. Around 10 months, she began army crawling. It was laboring and let me tell you, there was a lot of whining. But in the last few weeks she's really gained her confidence and is just trucking along! She's even getting her knees under her a bit! We have no idea if that will actually turn into anything, but hey girl, go for it!

We've been working hard this summer at aquatic therapy and had our final evaluation this week! Holey moley has my girl come so far in June and July! 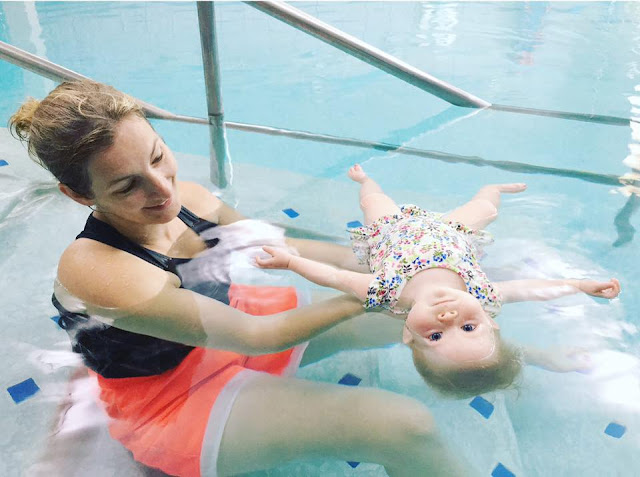 Girlfriend loves.the.water!! She's the youngest kiddo they've ever had in the pool and she's just rocking it! Currently the fall schedule is full but we're hoping to get a spot ASAP.

We're still working on a bit more stability in sitting. For whatever reason, that's her weakness.

But at the same time, she's way far advanced in some of her transition moves. Girlfriend learned how to go from laying down to sitting without a single lesson in the world. That's a BIG deal!

Eliza was also just casted for her very first leg braces last week as well! She'll be getting HKAFOs (Hip Knee Ankle Foot Orthotics) in the next few weeks to be able to start standing and moving. Ekk!! 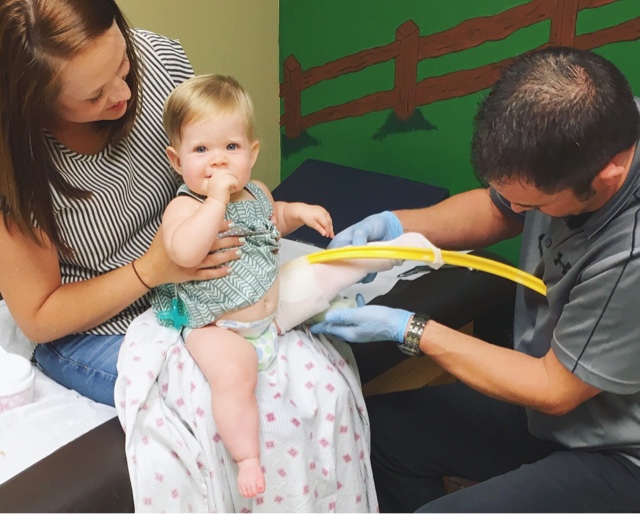 Other fun new things? She's learned to clap, waves at everyhing, can click her tongue, and says "mama", "dada", "baba" (brother, Jake), "papa", and "gaga (Gramma). She still sleeps like a champ and hates riding in the car. 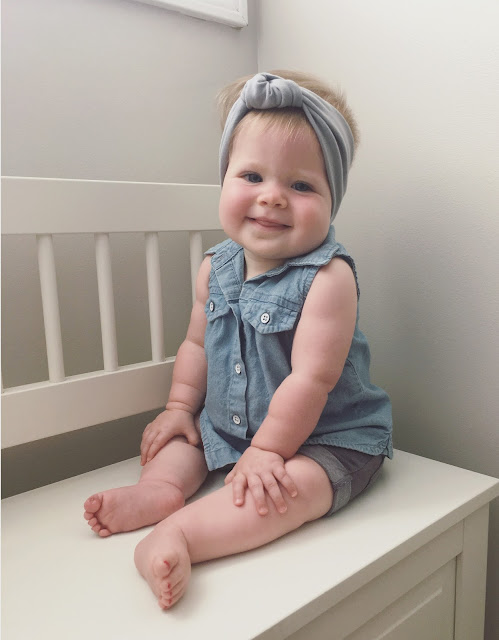 One year is going to hold a lot in terms of spina bifida clinic and developmental testing. I can't say that I'm looking forward to it, but I know this girl is going to do amazing!

But one year. Already!
We are so looking forward to celebrating her incredibly little life. She brings us the best joy and the biggest smiles! 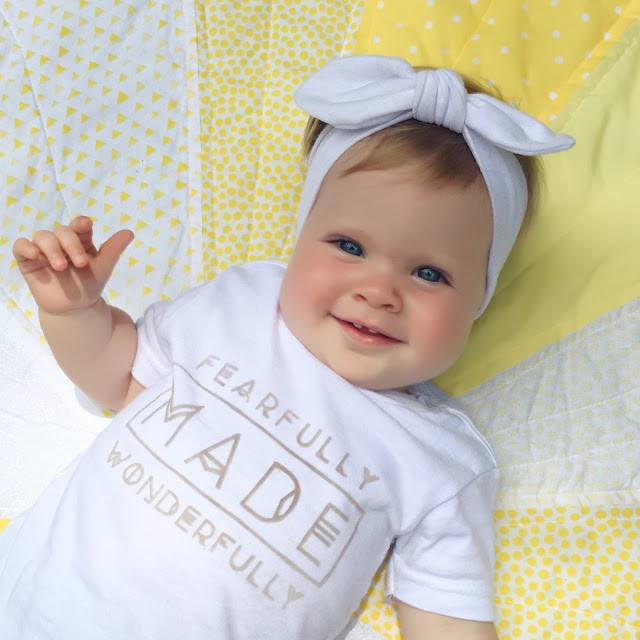 Posted by Sarah Wilder at 9:33 PM No comments: