This post feels like its been quite a long time in the making.
Seriously though... where do I even begin?

I guess it was around the first of the year that I discovered the concept of aquatic therapy. It peaked my interest immediately because Eliza has always loved her bath time and being in the water. When there's a lack of strength and mobility, the water is like a whole new world! A world where moving her legs is easier, but where she also got a good workout against the flow of the water. I knew it was something I wanted to sign her up for later in the year.

Fast forward a few months to my gal growing like a weed and summer time approaching. My brother lives just a few miles away and has a great pool in his backyard. It all seemed so perfect! I asked for a prescription for aquatic therapy from Eliza's pediatrician, who happily obliged! After turning it in, I waited for the call... 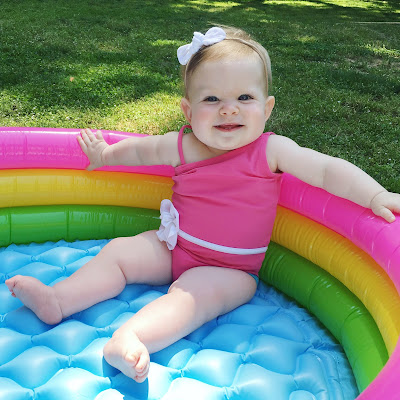 My grand plan was to get my gal into therapy once a week or maybe once every other week. The therapists could work with her and also teach me a thing or two about what sort of things we could do in the water to help build her strength. A couple of days a week I could take the kiddos over to my brother's house. It was a win/win! Happy, cooled off kids on a hot summer day and Eliza getting a fantastic work out. All in a free environment that I could easily control.

I got a call from the local pediatric therapy group letting me know that aquatic therapy had a wait list liken to a Birken bag. It was indefinite. Months long at best.
Also, my brother and sister-in-law decided to sell their house. Within two weeks of listing it, the house was under contract.

My plan was no more.

But I picked myself up by the bootstraps and decided there had to be a way to make this work. I called and I called, but ultimately found out that there was only one pediatric aquatic therapist in all of north Alabama. So I expanded my search and was connected with a fabulous place in Nashville called First Steps. In addition to a whole slew of other special needs services, they had immediate openings for aquatic therapy.
Hey, if the Mohammad can't go to the mountain, right?

Eliza and I took a day trip up to First Steps to give this thing a whirl.
And boy am I ever glad we did! She spent about an hour in the pool with the physical therapist and loved every second of it. Eliza is incredibly good natured during therapy anyway (not a common trait in babies her age), but in the pool, she was even more at ease. I learned some great tips, got some advice on equipment, and overall, felt very assured in my decision to push for this therapy for her, despite the hiccups. 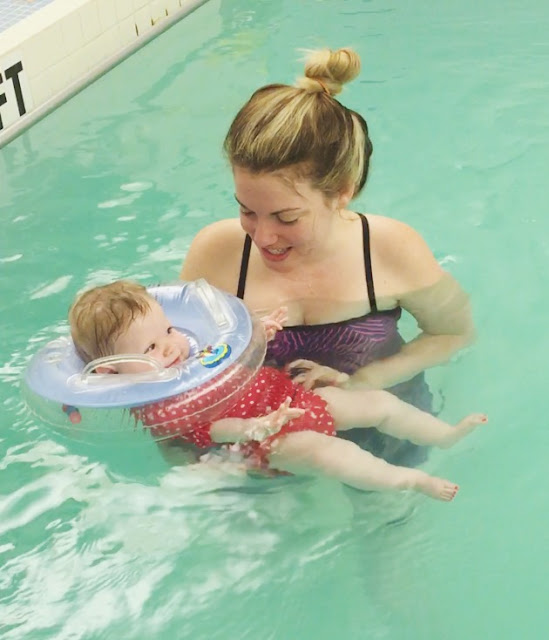 We came home and I put the word out on social media - "We need a local aquatic therapist! Help!"  As wonderful as Nashville was, it wasn't something we could do super regularly because of the distance. And of course, our amazing friends and family did their bit. Over the next few days, I was contacted by all sort of people that had connections to the local pediatric therapy group. They were all touching base on Eliza's behalf!

So we waited. Since brother's house was under contract, but not officially sold, we still had a few weeks of pool time left before we'd have to find a new place. At the recommendation of the First Step's therapist, I snagged an Otteroo and got Eliza working with me. 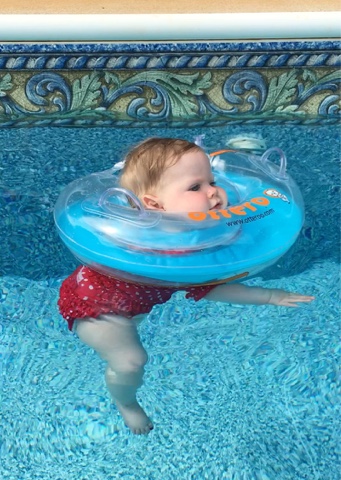 Finally the call came! The pediatric group had an opening for the summer! It was only for the months of June and July, but they'd heard we were anxious to get in (ha!) and offered it to us! Come August, they would have to reevaluate all of the patients to see who would remain with the program. But hey, we'll take it!

Our first local appointment was a bit nerve wracking for me. Since we weren't officially "in", I wanted everything to go smoothly. Read: No baby of mine pooping in the pool or fussing.
But despite my worries, the appointment was flawless. The therapist initially made the comment that Eliza was a bit young and likely wouldn't receive as much benefit at this age. But within a few minutes, she was changing her tune. Our girl did her happy, charming bit, where she showed the therapist how hard she would work, how fantastic her movement is in the water, and how sweet her demeanor is the entire time. To say the therapist was shocked would probably be putting it mildly. When our time was up, she was raving about how great Eliza had done and the incredible impact this service could have on her. She said she'd never seen a baby take to it like this! We were even offered  any other patient's cancelled appointment slot during the summer so Eliza could get more appointments in!

As a mom, leaving that first session left me feeling so accomplished. I fought hard for my daughter to have something that I felt strongly about. And while it wasn't easy, what I was pushing for was confirmed every step of the way. Being a special needs mom is a whole new world for me, and this first year has been a doozy! 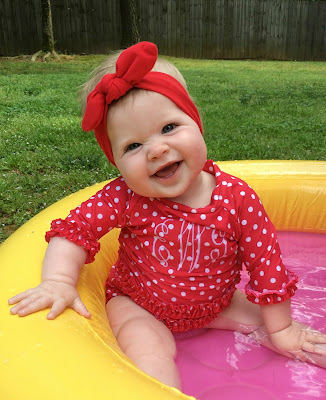 So what's next? Well, Eliza will continue her regularly scheduled aquatic therapy every other week during the summer months. She'll be given extra appointments as well, as they come available. My brother is officially closing on his new house this week so we're hopefully shifting over to a YMCA membership to give me the opportunity to work with Eliza between her appointments.
Come August, we'll be reevaluated. Currently we're second or third down on the official wait list, but I'm hopeful that we can snag a spot! If not, maybe these summer sessions will give me enough of a base to keep working with Eliza on my own until we're offered a place in the regular program.

I'm so proud of my gal, who works hard at everything she tries! What more can I ask for?
And I'm incredibly thankful for our friends and family that come along side us in advocating for Eliza. It's so awesome to have a "village" that supports our gal! 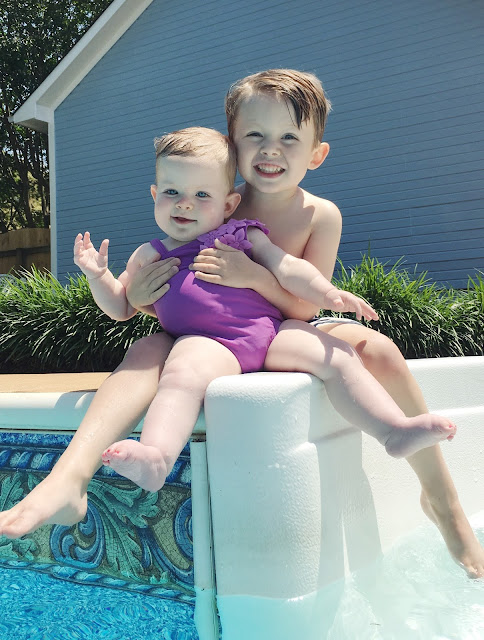 UPDATE: At the end of the summer months, our therapist was so impressed with Eliza's progress in aquatic therapy that she found regular place for her! Full time spot! Go Eliza!!!

Posted by Sarah Wilder at 5:49 AM No comments: