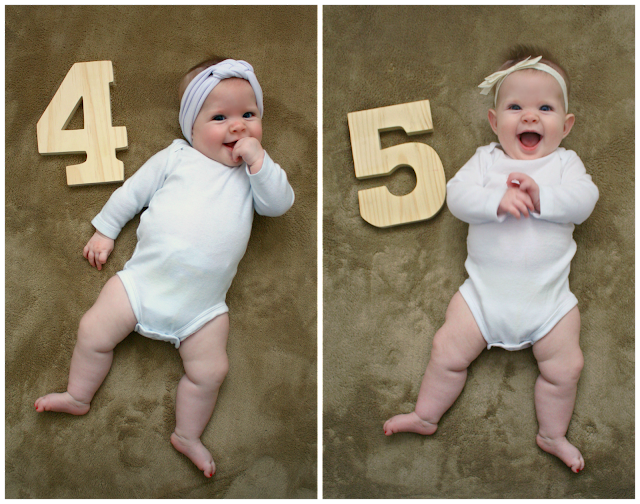 I started writing this post a couple of days ago, but I kept getting distracted by other things. This morning, I knew I needed to sit down to complete it, but instead, my baby girl wanted to play. I'm so glad that I stepped away from the computer and got down on the floor with her.

Because she decided it was a great day to start rolling over!!  Today!

Normally, four months is around the time that babies tend to learn to roll around. With Eliza's spina bifida, we knew things like that wouldn't come as easy to her. She has to figure out how she can move her own body, her own way. If you're a friend that keeps up with us on social media (like Instagram) then you've seen how discouraging this can be at time for me. I just get sad watching other babies pass her by. In regards to rolling, the goal our therapists gave us was around seven months. In my head, I was wishing and hoping we could get here there before six months.

And Eliza? Well, she decided that it was more of a five month activity.
I love how this girl keeps surprising us!! 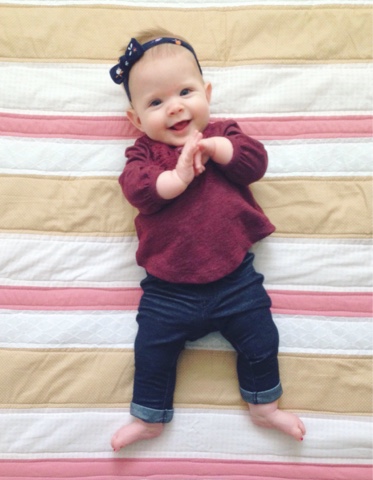 Height: 25 inches
Weight: About 13 1/2 pounds
Eats: Like a boss.
Sleeps: Naps three times a days and sleeps 11 hours at night.
Loves: Blowing spit bubbles, growling and talking gibberish. If she keeps this up, she'll be at chatty as J.B. and Jake and I'll never get a word in.
Hates: Being hungry. But who doesn't, right? 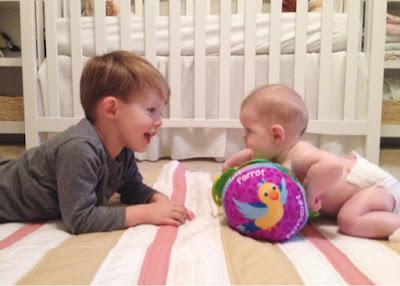 Back to that hard work with physical therapy...
This has recently become a much more active thing. Eliza has an Early Intervention therapist that comes to our home, and also a private therapist that we see in office. Both are working on the same things in their own ways, which I think is pretty neat. Eliza will have to learn how to hit a lot of the milestone's in her own special way, and we don't know how that code will be cracked! So two heads (or therapists) are definitely better than one, I say.
Now that we've conquered one half of rolling over, our goals are sitting up independently and also rolling back to belly.

We head back to Vanderbilt in about 10 days to finish up this round's Spina Bifida Clinic. It's another busy appointment day, but the goal at the end of the day is to be released for another three months.

Other than that, she's just doing normal baby stuff like laughing at her brother, blowing spit bubbles galore, and drooling all over everything!
Proud of you, gal! 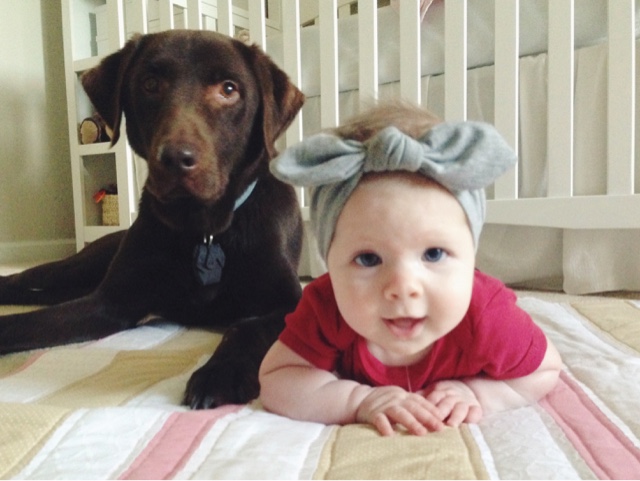