Where did December go?! Last I knew, it was Thanksgiving and now its practically New Year's.  Sorry the gap in updates but we've had a blur of a month.
Christmas, starting therapies (more on that later) and a trip to Vandy were all in the mix.

We were slated to take Eliza to Vanderbilt for her regular Spina Bifida Clinic in December. She is still doing really well and maxing out the visits to once every three months. At our last clinic day (in September), almost every specialist asked for a diagnostic test or some sort of imaging for the next visit. All together, this makes for a ton of tests and a ton of doctor's visits. Way more than even our gem of a clinic coordinator can make happen. And way more than any baby is going to deal well with. In the end, she set up all of our testing for December and our actual doctor's visits for January.

So on the Sunday before Christmas, J.B., Eliza and I all totted ourselves up to Nashville. We felt like we were opening up the hospital Monday morning, since we arrived before they even had the lights turned on in the Diagnostic Imaging department. Eliza had an MRI to check her on the shunt in her brain first. I always wonder how well she'll take to this since they basically have to burrito her up to keep her from moving while she's in the tube. So far so good though, she was cooperative enough that they got their scans done on the first try!

Next up was a hip ultrasound for her orthopedic surgeon. Often times, kiddos with SB are born with dislocation issues in their hips. This can mean surgery or casting to attempt to correct the issue, if possible. Everyone has said that Eliza's hips feel good to the touch, but the team wanted a scan to confirm. I'm proud to report that she was kicking the tech enough that it did take a bit longer to snag her images.
Hey, around here, kicking the medical staff earns you big points!

Lastly, we headed up to the Urology floor. This was probably our most nervous point. When Eliza was born, she was put through the NICU's "Cath Plan". Basically, she needed to prove that she was going on her own and have a clear kidney ultrasound. She went through a cathing schedule over the course of several days and had a great kidney scan so the urologists decided to let things lie for a bit. Now that she's a few months old, they want to check in on those kidneys and her bladder once again. When the muscles and nerves in that area don't work correctly, there can be an assortment of issues, reflux or pressure in the bladder and kidneys being some of the most common and concerning.
Eliza's first test was a urodynamics, which is a pretty uncomfortable, 45 minute procedure to look for these things.

Of course, my darling girl was a gem! And we had two great nurses that walked J.B. and I through the procedure so we could understand the issues they were looking for. Based on the information they gave us, we were thinking the test was going pretty well.  After the urodymanics test, Eliza also had an ultrasound on her kidneys to give them another once over. We felt like we were holding our breaths when Eliza's urologist came back in with all of the official news. Fantastic results! At this time, Eliza shows zero signs of any reflux or unusual pressure on her bladder or kidneys. She was doing just perfectly on her own! We knew poor result would have meant medication and new, rigorous cathing schedule at home, so we were over the moon with the news!
The urology team will do these tests at least once a year to check on how things are going and reassess. Once she's old enough to attempt potty training, we'll find out what kind of function and control she really has and what the future might be there. It's a long road and an uphill battle in this department, but we definitely feel like we had a victory this time!

We won't get the results of brain MRI or hip ultrasound until we see all of her surgeons in January. I'm far more confident about positive results there though. Her shunt seems to be operating perfectly right now and we've gotten thumbs up across the board on those hips, so hopefully these will just be simple confirmations.

Overall, it was a great visit and a fantastic Christmas gift for J.B. and I. We are so proud of this gal and how wonderful she's doing! Can't wait for high fives all around from her team in January!
Thank you so much to all of you that have prayed for us during this visit! We're so happy to report good news! 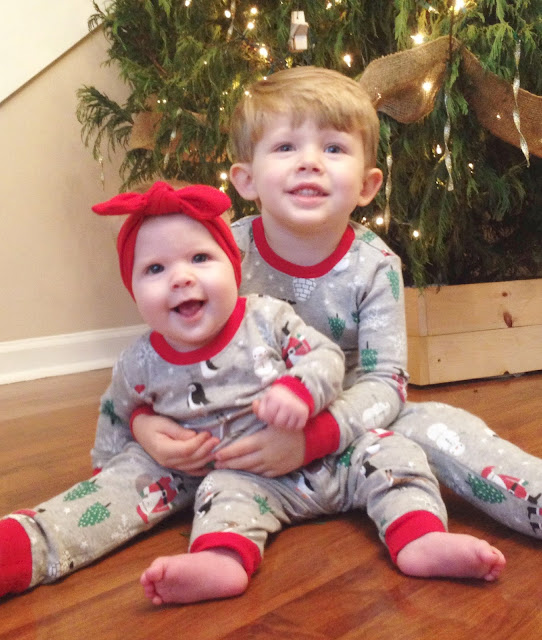 Email ThisBlogThis!Share to TwitterShare to FacebookShare to Pinterest
Labels: vanderbilt