Apparently having a newborn and a preschooler means that sometimes you slack on the posts for a couple weeks. Whoops! I'd promise that it won't happen again, but well, that probably isn't true...

So the latest! Eliza had her very first spina bifida clinic two weeks ago at Vanderbilt. The concept is pretty genius because it means that the coordinators take all the different specialties that need to see your kiddo and book them on the same day. So instead of having to drive up there what would likely be several random days a month for various tests or appointments, our beloved coordinator Rose talks to all of our docs and whips them into shape (nicely, of course, because that's what beloved people do). So spina bifida clinic means we spend one or two consecutive days at Vanderbilt, once every three months.

We arrive in the testing and imaging area first for whatever tests have been recommended. At best, that's just the always requested brain MRI for neurology to check on her shunt. At worst, every specialty has some fancy pants procedure.

After all the different tests, we head upstairs to the actual spina bifida clinic floor. Much like any specialty's office, you wait to be called back, have your vitals taken and then are escorted to an exam room. On the door, they taps a sheet of paper with Eliza's name and all of her specialties listed. One by one, they all make their rounds. There's no timetable and no specific order that I can figure out. You just hang out in your tiny jail cell exam room until everyone has been by. On their way out, the doctors sign off on the page on the door. Next to their name they fill in when they need to see us next (6 weeks, 3 months, 6 months, ect) and what tests they want done before the next appointment.

All in all, it's really efficient in the long term. One drive up. One or two days at the hospital. All the doctors and surgeons in one place, working together. But in the short term, it's the longest day(s) ever.

This last visit was likely our shortest clinic ever. Since Eliza is so little still, we got to skip out on a couple of docs. And we had minimal resting beforehand. But even with a short day, J.B. and I decided that a hotel stay needs to be involved. Toss four hours in the car on top of all of this medical nonsense and you have three very cranky, overly exhausted people.

So how did it go?? Get to the good stuff already, right?

We had a fabulous appointment day! Eliza got the happy nod of approval from every specialty on the list. The highlights were definitely:
a. looking at the "before" and "after" shunt surgery brain scans with neuro. It was amazing how well her shunt was working and the different it made on the pressure on her brain!
And b. Meeting with her ortho doc for the first time. He first talked about how great her legs were, which was confusing to us. But he then went on to explain that a lot of SB kiddos are born with lower limb deformities like clubbed feet, dislocated hips, etc, that needed castings, braces and even surgeries to correct within the first year of life. Eliza has perfect little legs, just ready for wiggling. Which she was promptly doing during the exam and led him into a discussion about she was already performing on a much higher level than they would normally expect. Basically they'd have to toss the textbook put the window and just see what she could do over time. Sounds good to us!

Overall, it was a day full of good news. Each specialty released us for the maximum amount of time (3 months)!

That's right guys - no appointments for three months! If you're looking for the Wilders, we'll be the ones doing the happy dance until December - Eliza included!! 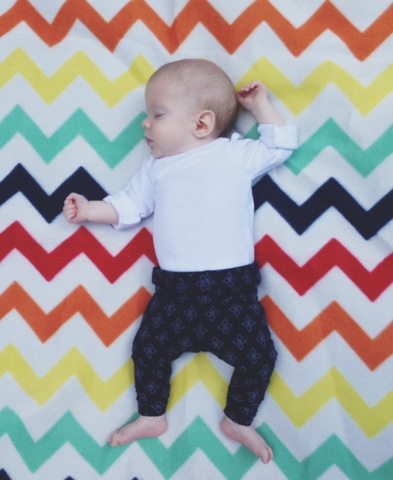 (Tuckered out after a day at the Botanical Gardens)
Posted by Sarah Wilder at 1:20 PM No comments:

Email ThisBlogThis!Share to TwitterShare to FacebookShare to Pinterest
Labels: vanderbilt 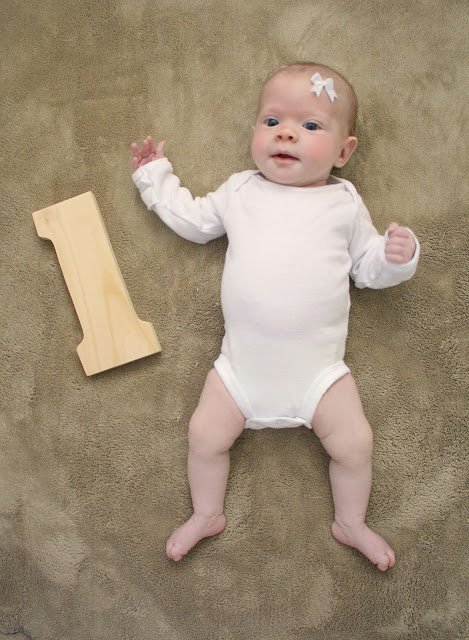 A month old! What?! Someone explain to me how this is possible. I can only assume a Delorean and Doc Brown were involved because I have no other idea how quickly time has passed.

So let's get down to it.
Sweet Eliza is simply the best baby on planet Earth. She sleeps like a rock, eats like a champion, and snuggles like the coziest little butterball there ever was.
{I could also add that she grunts like a goat, burps like a thirteen year old boy, and is by far the gassiest member of our family... but I guess I shouldn't mention those things for fear of ruining her ladylike reputation.}

She had her first spina bifida clinic day at Vanderbilt yesterday and left the building with positive reports from all of her specialists {more details to come on the SB Clinic}. The incisions from her closure surgery and shunt surgery all look great and she's finally taking a few naps on her back!

Weight: 8.5 lbs
Height: 21 inches
Eats: Just breastmilk, but like a boss.
Sleeps: On four hour rotations, which isn't half bad at this age. Still on her belly for the most part.
Favorite things: Snuggling! Girlfriend is as cozy as they come and would much rather nestle into you than her darn bed. A warm bath is a close second to being snuggled. And she also seems to really enjoy her Mamaroo swing.
Hates: Clothing changes and being hungry. Those are basically the only things that have her crying, which is a rare act.

All in all, Eliza's first month has most definitely been a roller coaster. But from weeks in the NICU to settling in at home, she's proven herself to be resilient, even-tempered and positively adorable.

What more could a mom ask for?? 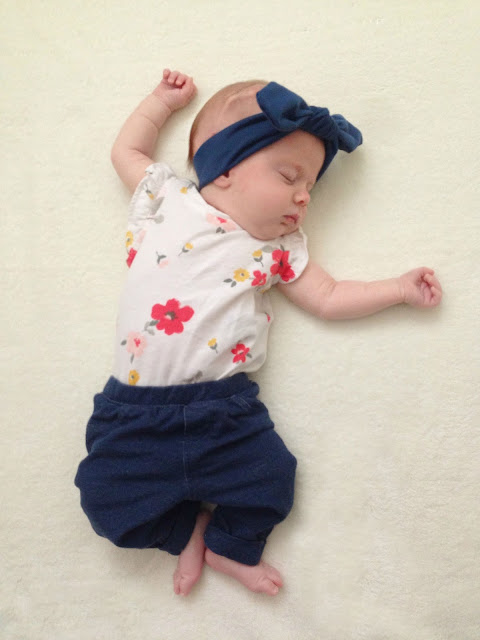 Posted by Sarah Wilder at 1:28 PM No comments:

Between all the appointments and errands and visits, this is probably the question we hear the most.
"Is she going to be okay?"
And its worth noting that we hear it in equal amounts from family/friends and from strangers.


From the ones we know and love...
See, even though they've been there for us every step of the way, our friends and family aren't spina bifida experts. They haven't spent hours researching it or sitting in the doctor's offices listening to the specialists. Eliza might be the only person they know with spina bifida and hydrocephalus, so of course, it's not on their every day radar.
But our friends really love us. And they're truly interested when they ask. They only know snippets of information that they catch from us and they hope all is well for Eliza. They offer smiles and hugs and food (all of which are lovely!). And they try to encourage you by telling you about some kid or acquaintance they know with spina bifida that plays little league or runs 5ks and "you'd never know they have it!"
They mean well, they really really do.


And the strangers...
They see me holding my precious, tiny little newborn in Target or at a restaurant. They're sweet and polite and comment about how beautiful she is (because YES!). And with a closer look to one side of her head, they see a misshapen area with a long protruding object under her skin (her shunt). They see stitches in several places and they are immediately confused about what this dear thing has been through. Sometimes they have spoken at all. They just eyeball her from across the way. Sometimes they try to politely pretend like it isn't there while diverting their eyes. Sometimes they just finally ask, "Oh goodness, what's that? Is she going going to be ok?"
It's curiosity. I get it. They mean well, they really really do.

Maybe I'm not the mom that should be writing this. In fact, I'm sure I'm not. My little gal isn't even a month old, what do I know about all this yet? She doesn't have her first leg braces or mini wheelchair. For probably the only time in her life, she's actually not behind on a single milestone.
So maybe I don't know much yet, but I've definitely caught on enough to know that the stares and questions are a part of our new reality.

Especially this one... Is she going to be okay?

And I'll go ahead and claim that "new to being a special needs mom" card now and say that I'm not sure how to answer that. She has spina bifida. She has hydrocephalus. There is no cure for either, just management. She'll likely be wheelchair bound for much if not all of her life. She'll likely have dozens of more spine and brain surgeries to keep her healthy. There will be a lot of struggles and a lot of things she can't do. I don't want to downplay that. I don't want to pretend that she'll outgrow this in a few years, that it's comparable to some other newborn's jaundice or acid reflux. I don't want to dismiss spina bifida or hydrocephalus like they aren't really big freaking deals. They are total game changers. Life changers.

But will she be okay? Sure she will. She has an awesome family and support system that are already so smitten with her. She is a part of a nationally renowned spina bifida clinic that manages her care. She's pretty. And smart I'm sure because she gets it from her mama (braaaaag!). She's destined for a great, full life of amazing things! She's going to be more than okay, she'll be fantastic!

But she'll be different. And maybe that's what I'm having to get used to. The difference. The comparison to other kids and the looks from other people. The questions and misunderstandings from those around us. It's different.

Her spina bifida defines her. It makes her different. But it also makes her so dang special. And that's something I can get used to in a jiffy. 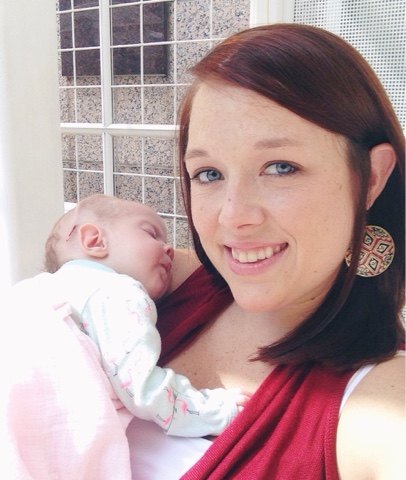 Posted by Sarah Wilder at 2:56 PM No comments:


A whole week at home already!
It's been really wonderful settling in with all four of us and getting back into a routine.

Jake is absolutely obsessed with his sister! He has to know where she is and what she's doing at all times. We're a little overly cautious of him being around her - partly because of all of her healing incisions and partly because he's just an excited three year old - but we do try to let
him help as much as possible.

It's definitely a blessing that he's a fan of her rather than wanting to give her back... 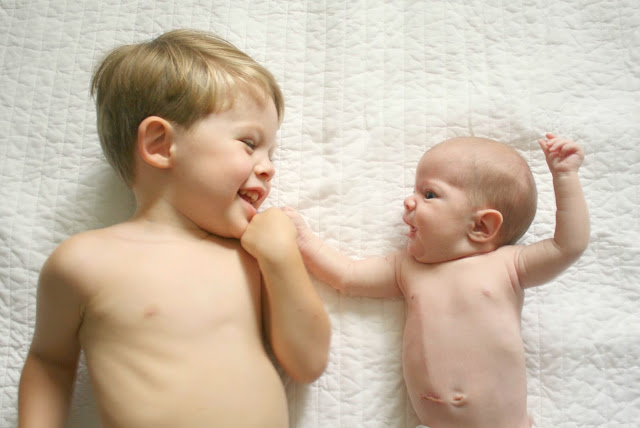 Eliza still seems to be healing up really well. We're still changing her dressings on the skin grafts and back closure every day, but those areas are looking amazing. I can't believe how fast sweet little babies heal!
Tomorrow she and I are headed back up to Vanderbilt to see her plastic surgeons. Hopefully they'll be as happy with her progress as we are!

She's even a rockstar at all the "normal" baby stuff. Girlfriend eats and sleeps like a champ.
This momma got 7 straight hours of sleep from her 3 week old last night! Love this sweet girl!


Posted by Sarah Wilder at 7:32 AM No comments: